My May 10th, as a part of my film team, I will have evidence of strong and weak actor movements to reveal actor mental state and have evidence of blocking using NoFilm School’s Why Blocking is Essential.

Peter Jackson was the director of the Lord of the Rings trilogy. He was nominated for numerous awards around the globe. He is from New Zealand and he received the most awards for The Return of the King.

0:16 Children’s plays have something usually missing- body language of actors

0:29 Blocking is the planned physical movements that help the storyline

0:36 Blocking conveys subtext of the dialogue and grabs audiences attention

0:40 This is done as a process between actors and directors

0:43: Actors and directors both have to decide what is best for the situation and work together.

0:46 Shows what characters would normally do in a situation

0:51 On stage, every movement or lack of movement has to work with location of other actors

1:37 Stages are divided into 9 sections like a tick tack toe board

1:42 Movies are done in a similar way, although there is no audience or wings like a stage.

As the director, I showed evidence of strong and weak movements in the slideshow.

I was able to use creative thinking to decide on doing a bottle episode style film. I was innovative by working with my team to create a story line where characters in the film were shooting another film in order to give a background and provide information. I used critical thinking and problem solving to assist when we had issues with actors being absent and we had to problem solve to figure out how to solve the missing gaps in the film.

I collaborated with my team in order to create the best final product. As a director, it is important to set the standards for successful communication among the actors and film team. I worked hard to collaborate with team members when people were absent in order for them to stay engaged and help with their part in the film.

I used paper for blocking and story boarding. I had to story board to plan out the film and show blocking for characters. I also used websites and online resources for research on my role as director.

I can use these skills in the real world as I can work well with a team for communication and collaboration. I know how to block our movement and storyboard for films which can be useful for careers.

“The characters names were not listed at the beginning of the individual scenes, so in the end when names were said, I did not know who they were talking about” -Josie

“With more time the film would be better” -Mr. Le Duc

The final version turned out well. I think the bottle film style really added feeling and helped develop the story and theme. I wish we had some of the missing scenes that got left out due to absences. Our film was good for our time and resources, although it could have been better. I’m proud of the blocking and story line.

Context: A characters pen is missing and the study group is trying to figure out who took it. This is the bottle episode so the scene is all filmed in the same room.

By March 2nd, as a part of my film team, I will explore the film director’s skill pathway by following Bruce Black’s The Visual Story and will have explored the visual story element of movement over the course of our February project.

She is a famous director from California working with a broad range of genres. She has done a fair amount of scary movies and has been nominated for numerous awards. She is known for her leadership and decision making skills.

The Visual Story by Bruce Block

How Kubrick, Spielberg, and Inarritu Stage their Scenes

I was responsible or movement, decision making, and ideas. For directing I used the skill of communication to talk with my teammates in order to produce a quality film. We also were innovative to use a rolling chair for the camera for our filming.

Our group did pretty well with communication and collaboration. We all had good attendance which helped since we were present for filming and pre production. We made sure to keep everyone up to date and included on every part of the process.

The tools we used were innovation and creativity. We had to think outside the box on how to get smooth camera movements so we placed the camera on a rolling chair. This allowed us to get the shots we wanted.

I can use the tools I learned for real life for thinking outside the box to solve day to day issues. Film is important for my daily life since I film videos for my business and getting good final versions is important.

I think the final version turned out pretty well. We could’ve done better with some parts including audio and subtle elements but overall it did its job. I was proud of our team for getting it done.

I learned to use intentional movement to add to the quality of the film. WE had to include some props and movement in the writing to make sure it fit. I solved the problem of having boring scenes with almost zero movement. 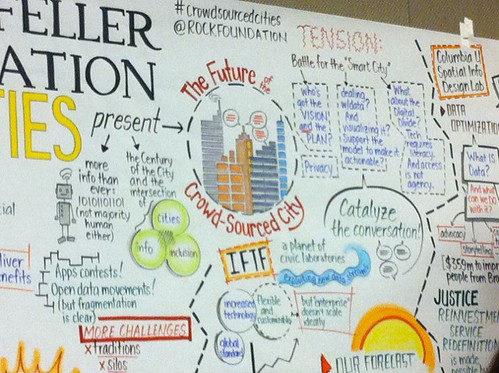 By January 28th, as part of my film team, I will explore the director role by following “17 Practical Tips for Becoming a Successful Film Director” guide to use quality blocking to tell a better story.

He is a very successful and noticeable director with a lot of experience.

I was a critical thinker and problem solver as we had to change the scrip and make sure the final product still turned out well. I had to be mindful of everyone on the team and work from a distance due to covid.

I was able to think creatively as I had to find ways to communicate with my team and help create a film from a distance since I was absent for most of the film. I had to use critical thinking to figure out what to do since I was directing.

I communicated with my group and collaborated to ensure every part of the film was done with quality to produce a nice film in the end. it was important for me to stay engaged even though I was not actually present for a fair amount of the film so communication was key.

I used time during pre-production to research the role of director. I was able to find examples of successful and good directors so I could learn from them. I also found helpful hints and techniques that I could use during the film process.

Our group was able to overcome troubles in able to create a quality film. I had previously worked with two of my group members which helped in order with communication.

I liked the final version. I wish the film location was a little more realistic since it was just a dark room. Also, our team did a great job collaborating especially dealing with many people being gone at times. I really liked the final version. I love how my team was able to all work together to create an even better version of what we discussed. I was surprised to view all the decisions I had made and what others had chosen.

I learned that you have to give very clear instructions or people can take what you say the very wrong way. I still like how the film turned out. Communication with my team was difficult at times since I was absent for a lot of the production process.

Write your summary here when you are done.

6:22- The most important shots

“School Bus” by Proudlove is licensed under CC BY-NC-SA 2.0

Gordon Wills is a cinematographer who died in 2014 after working on many award winning films.

A student gets their foot stuck in glue. If they don’t get it out in time, they will miss their bus.

I was able to use my creativity, thinking, and problem solving to make sure I fulfilled my role in the filming process. I problem solved when we had difficulties with having our “glue” show up on camera and came up with the idea to use light to highlight the glue.

I communicated with the group to make sure we were all on the same page and working together well especially while we were filming each scene. In our group, communication was crucial to creating a quality product. We started every day with talking about what we needed to accomplish and continued to talk about our goals and plans throughout the workday.

I took time during the pre-production process to research famous cinematographers who I could potentially learn from. I also learned how to use a camera for intentional focus and additional lighting sources. I researched tips and tricks for cinematographers in order to learn from others who already are successful with skills in that area.

In the real world, using lighting is a useful skill. I can now apply lighting for photos , videos, and presentations in a professional setting. In this film, being the cinematographer prepared me for future videos and planning.

In order to make the glue noticeable in the film, we used additional lighting to put a spotlight on the glue.

I liked how our group was able to show the stress Emma was feeling when getting stuck in glue. The stress is shown through her acting, the editing, and the overall emotion of the film. I wish we would have included images of the clock showing the time passing to show the urge to get to the. This would have helped to communicate the situation present. I also wish I had incorporated more intentional focus to emphasize characters and show more professionalism.

In our film, we had to make sure Emma appeared concerned about time and felt pressure for getting her foot unstuck. The film needed the scenes to show the stress and importance of getting help with the glue.

I used Grammarly Premium to check and correct my grammar and spelling.